skip to main | skip to sidebar

Hey y'all! I've had two more purge free days, if you count today. The day isn't over yet, but after a lot of tears and some Ativan I managed not to purge dinner, and I don't plan on eating anything else today. So yeah, I'm feeling pretty good about that!

The other side of this that I haven't really addressed is that I'm trying to lose weight. So before anyone freaks out on me, just hear me out. A lot has changed. I am now officially overweight, but just barely. I'm also waaaay outside my target weight range set up for me in treatment. This is due in part to me being very sedentary I my depressed states, and also the abilify, which made me want to eat everything that wasn't nailed down.
So....I'm trying to lose weight. Restricting, but in a healthy way? But this makes the fight against purging that much harder. Tonight as I paced in the hallway outside my bathroom with my dinner in my stomach the urge was so strong....just knowing I could lose weight that much faster if I got rid of it. But I don't want to do that. I want to be healthy. It was a struggle, but I came out on top. I want to lose weight and get healthy, not crash and burn and wreck my body.
Today I sat with the full feelings and did not purge. Today was a victory :)
Posted by lisalisa at 4:31 PM 4 comments:

Hey! Guess what? The day before yesterday (day of my last blog post) I didn't purge! The whole day! I'm feeling good about that:)

It's still really cold here; the high today is 0. It's awful. I've been in bed huddled under the electric blanket most of the day. I did get up and make pancakes this morning for Chris and Annie before they left for church. When I turned on the oven to keep the pancakes warm I heard this popping, hissing sound. I looked inside and the heating element was sparking like crazy! It's an electric oven and the heating element runs all around the bottom. I turned it off of course, but it still sparked and flamed. The spark travelled slowly around the whole element, kind of like how a sparkler burns down. It was crazy! I kept the fire extinguisher out, just in case. But once the spark went around the whole thing it fizzled and went out.
So that was my big excitement for the day. Now I'm just waiting for the landlord to come put a new element in the oven. Cuz I like to bake. A lot.
Posted by lisalisa at 12:40 PM No comments:

Well, I've survived another day, and I guess you could say that I've calmed down a bit. I made it through the day yesterday managing to purge only once, so I'm a bit encouraged by that. A barf-free day WOULD be nice, though.

It's freezing here in Iowa! I have an electric blanket on my bed and it keeps it so ice and toasty that I never want to leave it. I stayed in bed a good part of the day yesterday and most of this morning as well. I did have to venture forth this afternoon to call "Bingo" at the retirement home, where I'm barely hanging on to a job as an activities assistant. It was nice getting out, and my job gives me purpose. I love brightening the days of the senior citizens that I work with. I put on a smile, and someone there always says something nice that makes me feel loved and appreciated.

I'm working on keeping up a regular intake of food. I write everything I eat down, which I am not sure is helpful, but at least I will have something to show the dietitian when I see her. She'll be able to get a good idea of my patterns and so on. I'm having some low sodium Progresso soup right now, because the low sodium varieties  have a lot of potassium in them. It's been a really long time since I have had labs drawn, but my legs were cramping so bad yesterday I wonder if my potassium could be low.

I don't have much else to write about, except that I'm getting off of abilify and that's a real bitch. Today is day 3 of absolutely no abilify. I'm not having any physical withdrawal symptoms but my mood is pretty low. If it gets too bad Dr Kamran (my psychiatrist) says to call him and go back on the abilify. We'll see what happens. I don't want to go back on it because I gained soooo much weight while taking it, and I also have concerns about getting type 2 diabetes. But I'm not going to let my depression get so bad that I end up in the hospital again.
I guess we will see.
Posted by lisalisa at 1:17 PM No comments:

I haven't posted in a really long time. I guess I felt like I had run out of positive things to say about recovery. And for awhile there, I really was on top of the eating disorder (never mind the severe and crippling depression and anxiety).


But things have changed. I can't identify a specific trigger or reason or cause. Maybe it's all the weight that I gained while taking abilify? The disappointment in watching myself fail at and have to give up my first and only real adult job? The depression that I cant shake, that voice in my head that tells me that I was always just a loser anyways so why not go back to the only thing I have ever been good at.

And it starts by purging only if I ate a little too much and got uncomfortably full. Telling myself "it will just be this once". Then there's the horror of my weight, that I'm really, truly, textbook overweight now and I can't really justify keeping any food down. The depression settles in like a sick, sticky fog and I really stop caring. I'm have wishing the next purge will kill me. I'm not taking care if myself and I know it, I'm not even trying, because if I keep going maybe it will take me in my sleep. It will be quiet, and sweet, like a release.

Then I shake myself awake and get honest in therapy and get some help. I've been in the hospital for depression three times in the past year. Shock treatments. The med merry go round. I come home feeling better, hopeful, but still purging. That's one thing that the general psych units can't really help me with.

I've finally decided to see a dietitian who specializes in eating disorders. Because it's bad. Like, out of control. I've finally gotten honest with myself about it. For the past year I've been saying to myself "it's not a problem because I'm not underweight". But that's not true. Purging everything you eat is a problem. Throwing up 6 times a day is a problem. So is throwing up blood. Losing 5 teeth. Taking your phone into the bathroom with you when you go to throw up in case you have an incident (esophagus rupture, heart attack) and have to dial 911.

So yeah, I look normal on the outside. You can't tell just by looking at me. But I have an eating disorder and its severe.

My assessment with the dietitian isn't for two weeks. I'm pinning a lot of hope on this one. But two weeks...that seems like a long time. Because I'm not really counting in days. I'm counting in purges, in number of times spent retching my guts out into the toilet bowl. I'm conservatively saying 3 "episodes" of vomiting a day, but it's usually 5 or 6. But let's be optimistic and say 3. Three times a day x 14 days. When I think about that I feel sad and scared and overwhelmed. I crawl into bed and cry. I take an Ativan and try to cope. This illness is trauma to me. It's a trauma I face every day. Maybe I'm being overly dramatic but I'm kind of worried I won't make it to my appointment.

I'm going to take it one day at a time, and just do the best I can to take care of myself. I'm not sure what will happen at the appointment or if it will even help. But I'm not worrying about that just yet. First I have to get there.

I just had two (2!) teeth pulled. That makes 3 lost so far this year. They are all molars, which is good because you cant tell from the front that I am missing teeth. But it is bad in the sense that it makes chewing difficult. The dentist was talking to me about partials and *gasp* dentures....I'm only 35!

I could really go for some ice cream right now. Or some rum. An ice cream-rum sundae. Shit....she sighs and re-packs the gauze...fun times.....
Posted by lisalisa at 6:17 PM 3 comments:

Soooooo.......this lady from the social security office keeps calling me. She has been calling since February (as she pointed out last week when we were on the phone). She wants my paystubs, my husbands paystubs, and other random assorted shit. I know I need to copy this stuff and send it off to her so she will leave me alone, but I keep avoiding. Well for one thing, it would be a lot easier if I had, say, a place where I kept my paystubs and important papers all together. But I don't. There are paystubs in my car, under my bed, in my various purses....you get the picture. There is no way I can find all of them.
Ugh this has to be the most pointless blog post ever. Why am I sitting here bitching to the interwebs about this...like anyone even cares. Someone please comment and say "Get your ass off the couch...take a shower...and find your damn paystubs....betch!".
Posted by lisalisa at 7:51 AM 3 comments:

Hey there! This is the first ever post from my phone and it is gonna be short. I am excited to say that I    overcame my fear of flying ( with the help of some Ativan) and I an in California visiting the awesome Erin of the blog " go go bananas"! I am super psyched to be here; mama needed a vacation really bad! We are goin to San fransisco today or tomorrow to visit the Golden Gate Bridge and ghirardelli square! Chocolate! And a bridge!
Oh, and since I have been here I have had to pee about every 20 minutes. It is seriously embarrassing.  Like, seriously considering some adult diapers.  It is probably just because I am in a strange place? And now of course I am worrying about whether or not I will have to pee....which makes me have to pee!!! Argh!
Posted by lisalisa at 8:46 AM 3 comments:

being silly with the girls 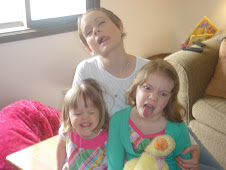 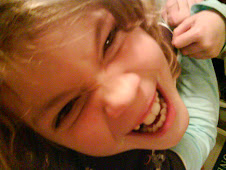 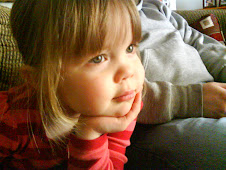 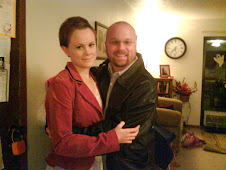 lisalisa
I'm turning 31 next week but somedays I feel like I'm 14, other days it seems like I'm 80. I'm married to Chris, and have two wonderfull girls. Emma is 8, and Anne is 3. I have been fighting anorexia and bulimia for 19 years. I also struggle with treatment-resistant depression. Each day is a fight, to make it through the day, to be a good mom and wife, to love myself. This blog makes it a little easier